Glenmont, Selkirk, Coeymans, New Baltimore — keep going and you’ll go through Coxsackie and to Catskill. Route 144 gives way to Route 61 which leads to Route 385, but it’s all the same.

Roads like this were busier before the Thruway, and if you look closely you’ll see the remains of old gas stations and tourist cabins that dotted way — and places like the Bridge Diner.

It’s near two bridges in Coeymans, actually; the railroad bridge that carries freight across the river and the Thruway’s Castleton Bridge. The diner must have been a busy place when that Thruway bridge was being built in the late 1950s — ironic,  because it was the Thruway itself, not far behind the diner, which must have stolen a lot of the traffic away from Rt. 144. 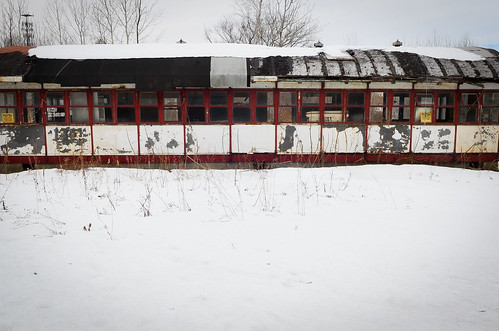 While the building looks vaguely like a railroad car, the only time it rolled anywhere was when it was shipped to its destination in four-foot segments and assembled on site. The diner was built by the Bixler Manufacturing Company of Norwalk, Ohio sometime between 1931 and 1937 when the firm went out of business. Back in the day, you could buy a pre-fab diner like this one on credit — and hope you got enough business to make your payment. 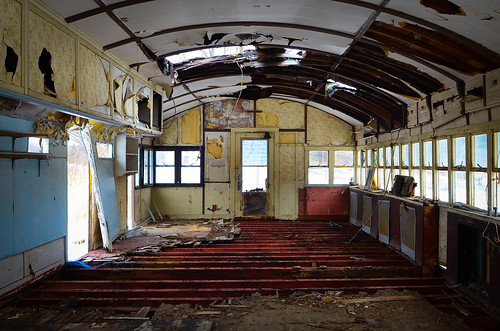 I don’t know anything about how the Bridge Diner ended up as it is today. It’s too bad somebody couldn’t have put the building to use — or break it back down into four-foot sections and cart it off to where it could be live again, a place for a couple of fried eggs and some hash browns on a chilly morning.