Whistle While You Work

In Voorheesville, it’s hard to miss the sound of the trains. Even
where I live, a mile away from the grade crossings where the trains are required to blast their horns, it’s noticeable. And I like it. Hearing the whistle and rumble of a train as you nod off at night is very pleasant. 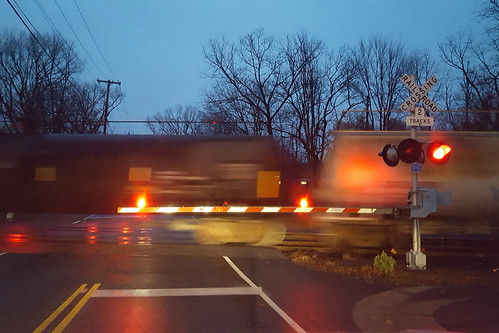 But to folks who live just a few hundred feet from the tracks, the romance of the train whistles must wear thin — so much so that a group in Voorheesville has been lobbying to silence the railroad.

Their goal is to establish a quiet zone through Voorheesville, which is not as simple as it sounds. For the trains to be exempt from sounding a warning, the two crossings in the village need more gates or traffic control measures that would make it hard for cars to skirt around the barriers. This would cost about $400,000, money that might come from a federal grant.

Rob, you may be asking, who buys a house near the area’s busiest rail line and then start complaining about the noise? That’s a question I can’t answer, but I will say this: during our house hunt, we ruled out more than one property that was too close to the same rail line.

So, who knows? Personally, I would miss hearing the train whistles. If they were right in my backyard? Probably not so much.

This entry was posted in real estate, Tiny Annoyances. Bookmark the permalink.

2 responses to “Whistle While You Work”