It was a busy summer, but we found time for a few days on Wolfe Island, Ontario.

Things have changed since I first visited, decades ago. The island is now dotted with wind turbines, the only gas station is closed, and the quiet little road to the cottage isn’t so quiet any more. In the old days, it was a place where time stood still and the cows outnumbered the people.

But it brought me great pleasure to find that something I always liked has stayed the same: the Wolfe Island Wave.

The Wave goes like this: when you’re driving and you pass a pedestrian or another car, you acknowledge them by raising your fingers off the steering wheel. It’s a low-key salute, to be sure. There is no wild gesturing or swinging of arms on Wolfe Island and none is needed.

Islanders always wave, as do visitors who know what’s-what. People not familiar with the ways of the island may be confused at first when they’re waved at, but they catch on. There are some people — and they usually have US license plates — who never wave. I quietly judge them as they drive on by. 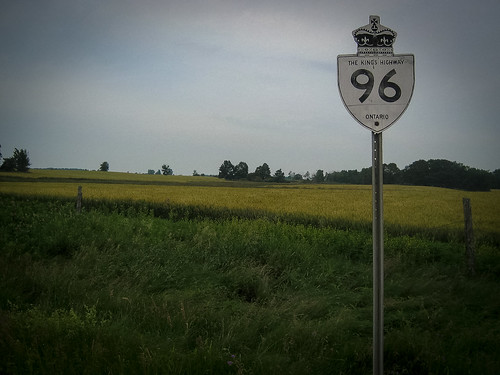 It’s a small thing, this Wolfe Island Wave, but it’s meaningful. In my old neighborhood, in Glenmont, people drove through our neighborhood and never acknowledged one another. On my dead end street in Voorhesville, we wave. A dead end street is more like an island than Bethlehem’s sprawling subdivisions.

So, here’s the thing: next time you’re driving around, how about you give a little Wolfe Island Wave to a stranger. Yes, they might drive away deeply confused — but you never know; your little gesture could warm up someone’s day.

This entry was posted in Culture. Bookmark the permalink.