Itâ€™s always interesting to see what people are throwing away, and a keen eye toward trash will sometimes yield treasure, large and small.

One day at WNYT, I hauled a bag full of crap down from my office (despite what youâ€™ve heard, I really was the creative services director, not the janitor) and saw a bankers box labelled â€œarchivesâ€ in the dumpster. Well, who wouldâ€™t peek at that?

It was crammed with an assortment of old correspondence dating back to the 1950s â€” and a folder full of photos. If these are archives, I reasoned, they belong in my office, not the dumpster. 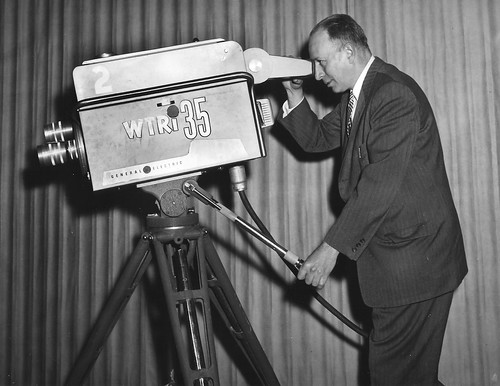 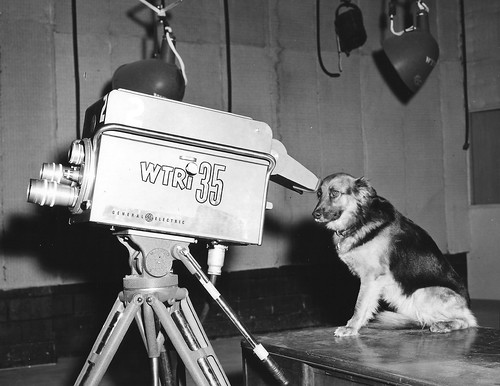 This photo is not quite so old. Itâ€™s from 1960 after theyâ€™d switched to the unfortunate call letters, WAST, for Albany-Schenectady-Troy. Add an â€œEâ€ and youâ€™ve got WASTE. The caption on the back identifies the woman as “Miss Nancy Doell, local Albany television actress.” 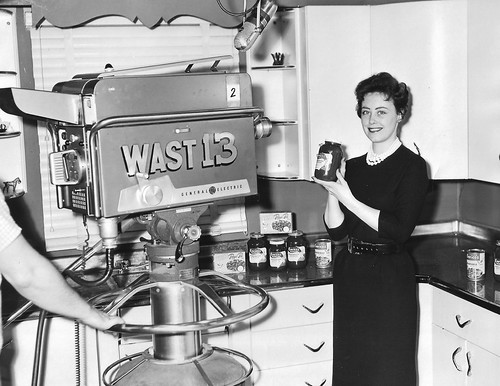 These pictures are from a time when television was still rather new and glamourous, but I think local TV still holds a certain fascination to people. I always enjoyed giving tours at channel 13 and seeing how much people loved looking behind the scenes. And the anchors and meteorologists? Theyâ€™re the closest thing we have to celebrities. Well, I suppose in this town, politicians are also celebrities of a sort, just not always in a good way.